Posted on October 11, 2014 by Michelle LaRiviere 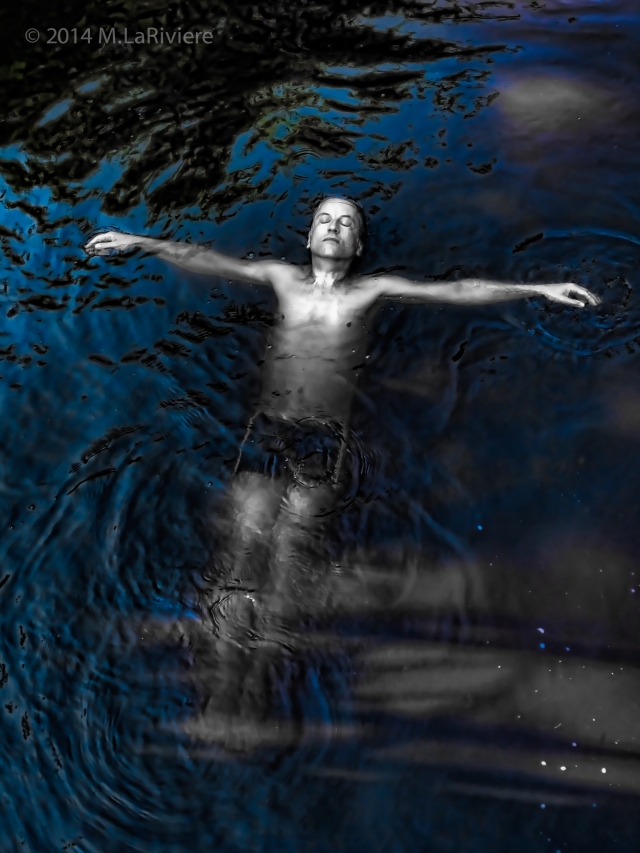 Inspired by Sir John Everett Millais’ painting, Ophelia, from Shakespeare’s Hamlet, I spent several years documenting staged scenes in and under water (both in photography and video), but only a fraction of the material was ever used – for a short video entitled, Hush, and a series of digital collages, including Incommunicado.

The photos depicted here are from a shoot in 2009 that took place in Quebec, where I spent a weekend with a group of artist friends from Montreal and Paris. Alex (above) was making a short film, in which we all took part, either as actors or grips, and I was working on my Ophelia Project, for which my friends spent hours floating in a chilly stream.

Somehow along the way my project stalled, and the photos remained buried in my computer until now. I’ve begun the process of shortlisting and editing a selection in order to finally bring this work to light.

This post is in honour of Alex, who passed away earlier this year. He would have wanted me to finish what I started. This is the beginning. 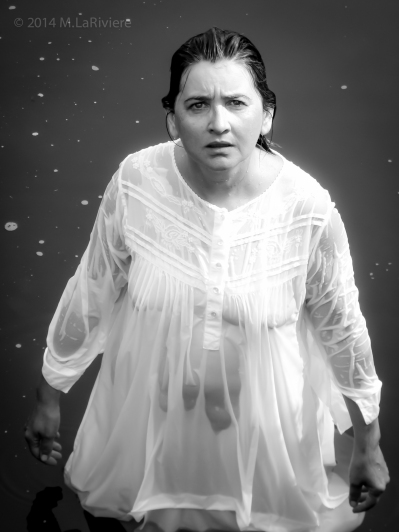 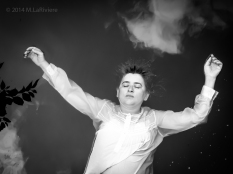 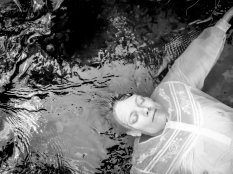 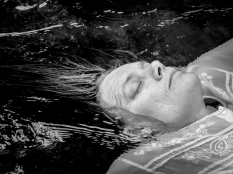 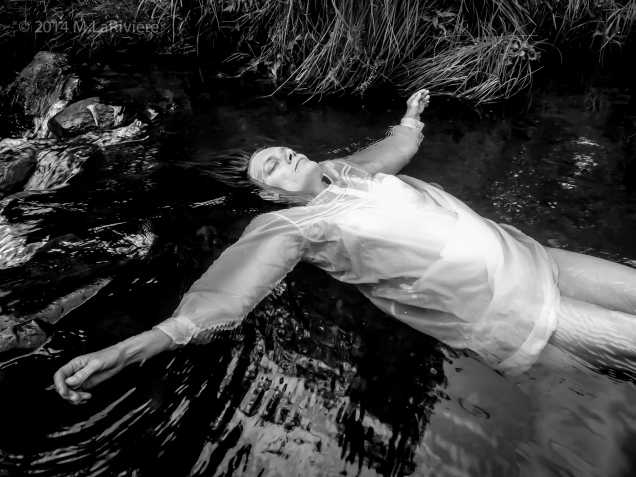 Michelle is a multidisciplinary artist, curator, writer, and Reiki Master currently based in Windsor, Ontario. She has exhibited internationally, and her practice includes traditional as well as digital media. Michelle also taught visual arts to secondary school students for ten years. Currently she has gone back to her foundational roots, and is exploring figurative drawing in graphite on paper.
View all posts by Michelle LaRiviere →
This entry was posted in Art, Photography, Projects and tagged Artists, Black and White Photography, Fine Art Photography, Hamlet, Hush, Ophelia, Photography, Quebec, Shakespeare, Video. Bookmark the permalink.